Craigue, a native of Concord NH, played at Division-1 Saint Mary’s College of California. He played his high school basketball at Mission Prep in San Luis Obispo, CA, where he was a MaxPreps.com first team all-state selection. Craigue is currently the starting point guard for Deyi Sports (Shenzhen, China) where he plays professionally each year from late June thru July. He also trains some of China’s top-prospects and runs coaching-clinics for Chinese college coaches. Craigue is passionate about passing on his basketball knowledge to the next generation of basketball players. 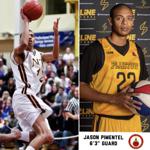 Jason is a 2010 graduate of Lawrence HS (MA),  where we was a standout on the basketball team, gaining the interest of scouts. He continued his basketball career collegiately at NHTI from 2010-2013, helping them win the conference championship in his final season. Jason then went on to play for Plaistow Shockers of the ABA. Jason brings knowledge and a fire to teach the game to Cap City, where he will contribute greatly to the development of our players. 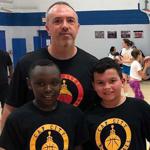 Bill Duffy is in his third year with Cap City Basketball.  Bill has served as an assistant varsity basketball coach for Concord Christian Academy for the past 7 seasons. Coach Duffy is no stranger to AAU basketball having spent two seasons coaching AAU Basketball before Cap City.

Kraig Harlow a native of Claremont, NH is in his third year at Cap City Basketball. Coach Harlow comes to the program bringing great enthusiasm and love for the game. Coach Harlow is known for his creative approach to teaching integral basketball skills to athletes. Currently, he is the Athletic Director at Unity Elementary School and coaches high school basketball with the Fall Mountain boys program.  He has also spent time working under former Stevens Varsity Coach Matt Baird-Torney. Coach Harlow has also had the pleasure to work for various AAU programs in VT and NH.